Considerations in Choosing Draperies and Styles

When you decide that you want some beautiful drapery panels to adorn your windows, you’ve made the decision to have window treatments with the most possible options. Matching the fabric, headers and pleats to your decor may be a bit daunting, but with the correct information, you can decorate like a professional.

There are many different kinds of drapery pleats available in custom window treatments. Some look best with certain types of fabric, headers, drapery rods or in the manner that they hang. Each of these items can be adjusted to give you the exact appearance you want with the functionality that you crave. You can also have custom draperies which is a great opportunity to frame a window and highlight a room’s architecture in any part of your home. Read on to learn more about the wonderful world of drapery pleats.

What Are Drapery Pleats?

Drapery pleats are decorative areas that are near the top of a drapery panel to give your fabric and surroundings a distinct feeling of demure and quiet or dramatic and beautiful or anywhere in between. Not all drapery pleats are sewn into the fabric by experts, but some form naturally by the manner the fabric hangs from a drapery rod.

What are Drapery Headers?

When are Drapery Pleats the Right Choice?

To pleat or not to pleat, that is the question. Well, there’s no right or wrong answer when it comes to pleats and styles as everyone has their own vision of what they want in their space. It does help you to choose drapery pleats to match your style if you answer a few questions such as these:

After you answer these questions, it becomes much easier to sift through the large assortment of pleats and drapery headers to find the perfect one for you. You should keep in mind when talking about pleats that some drapery headers and styles will automatically make pleats without the need to sew them into the fabric for a less structured style.

What are The 15 Different Types of Drapery Pleats?

You may know of a drapery pleat that you really really love, but you aren’t sure what it is called. Window treatment experts let you decide exactly how you want your window coverings to appear in your space. The below descriptions can help you to decide on a style that makes your drapery selection unique and all your own.

This type of pleat is the most formal and beautiful pleat you will ever see. It has tiny pleats that are stitched together about 4 inches form the top of the drapes to form a cup-shaped fabric pleat that appears as if a wine goblet in upside down. When using heavier fabrics the fabric cup may be left open, however, if your fabric of choice is a lighter weight, such as cotton or linen, the cup will most likely need a filling of batting or tissue so it retains its shape.

The pinch pleat is a classic heading that is also called a French Drapery Pleat by some designers. The top of the drapery panel’s fabric is formed into a three-finger flute about two inches from the top of the drapery panel so it is structured at the top and then it relaxes as it flows to the floor with fullness in the panels. This creases a wonderful formal drapery with pleats that fan out on the top and fan out larger on the bottom of the pleat for great visual interest. Homeowners and businesses may decide to add extra layers of interest with a sewn in fabric valance and tassel fringe on the bottom of the valance. A variation of the three-pinch pleat is to sew only two folds of the fabric together at the top for a less full fan at the top and down the bottom of the pleats to the floor. This is the second most formal and sophisticated style that is often used in windows of restaurants with formal dining, dining rooms of nursing and assisted living homes and hospitals as well as executive boardrooms of businesses. A variation of the pinch pleat is the top pinch pleat in which the folds of fabric are sewn together at the very top of the drapery panel to create a sleek header that controls the fullness going down the fabric.

This is also a formal style of pleating that is used in the same settings as well as in formal dining rooms or sitting rooms in a home. It is similar to the pinch pleat but with the top three folds or fingers tacked together at the top of the flute. The Parisian style doesn’t display a flute on the top because of the manner in which the folds are tacked together so there will only be flutes below the pleats and down the length of the drapery panel.

The ripple fold pleat is sleek and modern and it’s also very easy to operate and functional. It works best on draperies that you tend to open and close every day in your business or home. The drapery panels glide along a track when you open and close them and this type of pleat and heading is often used in medical facilities to section off rooms between patients.

This pleat style is neat and tidy and it is considered a casual and relaxed style that works best in an informal setting. It is square at the top and flat and then it supplies a moderate amount of fullness and it goes down to the bottom of the drapery panel.

The cartridge drapery pleat is slightly formal and it will work well in any setting you may have. The fabric is rolled into a cylinder at the top of the fabric panel to create fullness throughout the entire length of the drapery panel.

This style of pleat is tailored and it is usually considered feminine because of the appearance. Pencil pleating tapes are sewn to the back of the fabric panels with strings to cinch up the fabric to make elegant and elongated pleats. The pencil pleat works well for stationary panels that you will not be opening and closing often. You will find this style on a top drapery panel on a tall window to be non-functional with a functional drapery on the bottom. Cartridge pleats are single pleats that are spaced more widely on the drapery fabric than a traditional pinch pleat and they are also rounded at the top instead of a fan shape. Tuxedo pleats are larger than traditional pinch pleats and are normally hung on a highly decorative drapery rod to create the ultimate informal and contemporary flare.

This type of pleat has folds of fabric that flows down the entire length of the drapery panel. A variation of the Flemish pleat are pleat fingers that are inverted and flow to the back of the panel instead of the front. Pleat fingers can also be called inverted pleats, reverse pleats or tack roll pleats.

Box pleat is an informal heading on drapery panels that are beautifully crafted and tailored to use on stationary panels that don’t open and close. The fabric is gathered and sewn together to form a neat and tidy square at the top of the drapery panels and hold that shape all the way down to the bottom. Many people love this appearance and add embellishments to each side of the pleats with fabric-covered buttons to add a lot of character to their motorized window treatments.

This is a popular style for use with a flat drapery panel with a lining or backing on it for great heat and light control in your windows. The panel is usually hung on rings and the coordinating backing fabric folds forward over the front panel between each drapery ring. This is a quaint and informal window treatment style.

The rule of thumb for obtaining the width of a drapery panel is to make it twice as wide as the area you want to hang it in, so that it forms some sort of folds or pleats just by it being wider at the top. The fullness comes from the heading and how it’s installed on the drapery rod so there are no actual pleats sewed into the fabric.

This is the most informal, classic and traditional choice of pleating styles in window treatments. This design creates fullness down the entire length of the panel by the gathering of fabric underneath the rod pocket. The standard is to use twice the width of fabric, but if you wish to have really full draperies you can add more width to the drapery panels. The traditional rod pocket is sewn near the very top of the panel, but a variation is to leave a larger flange of fabric above the sewn in rod pocket to add more character an uniqueness to your rod pocket drapes with ruffles on the top.

The Tab Top Pleat and Heading

The tab top heading is usually found in more of a country setting or a casual decor style. Tabs are sewn to the top of the drapery panels and the drapery rod fits through the tabs. You can choose a contrasting color for the tabs for an accent or use the same fabric as is in the panel. The tabs can also be held to the fabric top with any types of embellishments such as buttons instead of sewing them on. This style displays the drapery rod in between the tabs and it gives you a chance to choose a beautiful decorative drapery rod to display.

The Grommet Drapery Pleat and Heading

A drapery panel with grommets have them sewn in to the top of the drapery panel and the drapery rod fits through the grommets to hang. A grommet panel usually has fabric extending about one inch above the grommets for sturdiness. This is a very casual style that forms slight pleats because of the manner in which it hangs from the drapery rod. You can find a huge selection of custom grommets in many different finishes to match any decor in any room. You can match them to the drapery rod and the hardware in the same color or coordinating color for a perfect blend of your window treatments. You also have many shapes to choose from too. You can add drama to a simple grommet panel by using extra fabric to create deep and lovely folds.

Ready and excited to dress up your windows with draperies? Here are a couple of tips that you might want to read through before starting.

So get right on and start planning out what drapery pleats you want to use for your windows. We hope this piece gave you enough information and tips so you can pick out what type of drapery pleat works for you. 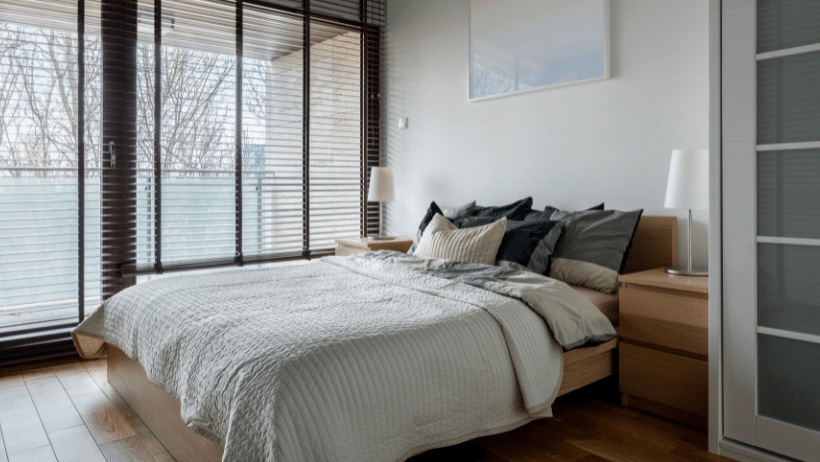 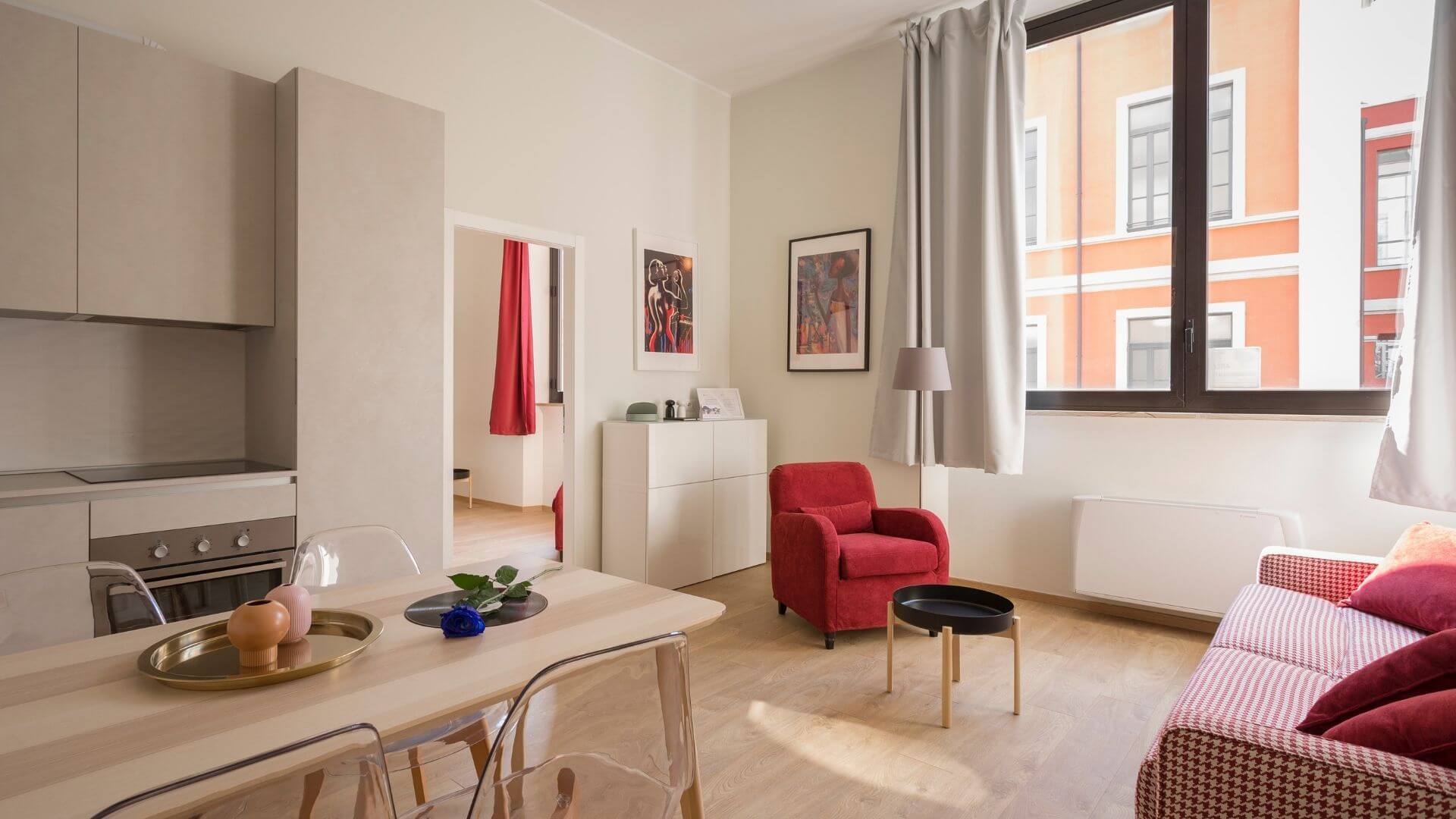 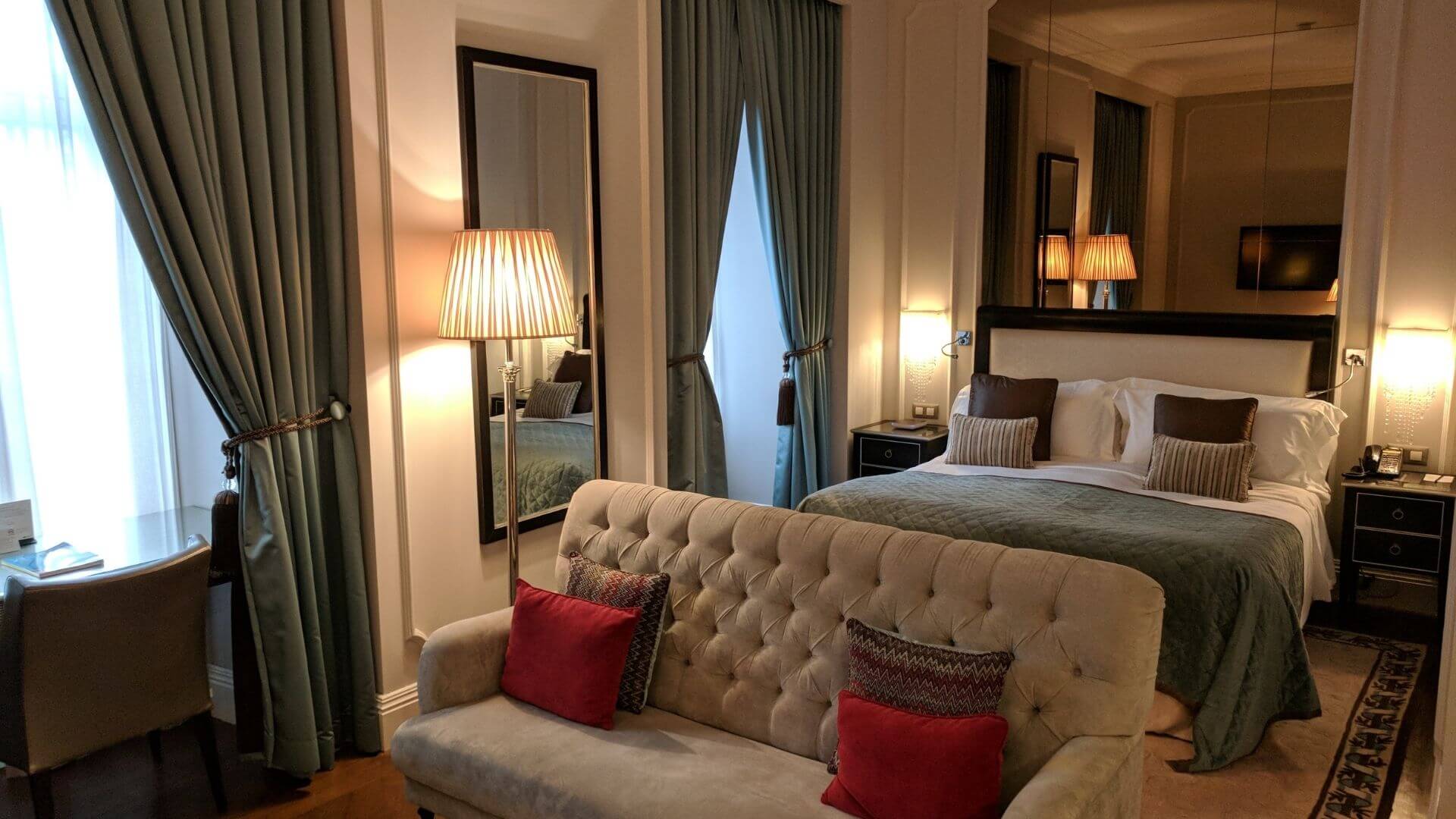 The Best Drapes And Curtains For Hotels And Resorts 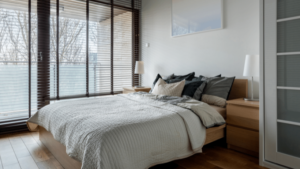